Awarded with the "Orange flag" for tourism, the town of Roccascalegna was founded around the 12th century, more specifically in 1160, perhaps on a pre-existing settlement. Originally this ancient village of Abruzzo was born as a Lombard outpost to control the Valley of the Rio Secco, to defend the area against the Byzantine. Later it became a fortified village by the Lombard, they erected a watchtower where now stands the Castle (dating back to Norman era). Over time the medieval castle Roccascalegna was modified and passed by Lord in Lord, until the abolition of feudalism. In the 1990s, the castle was restored and still today it is a tourist destination together at the village itself and at the churches of San Pancrazio, St. Cosma and Damiano and Saint Peter. Every 10th of August the small town comes alive with "night under the stars", an event dedicated to music which guarantees a long night of dancing and fun set in the summer context of "Roccascalegna on Festival", a review of classical music and author's songs, which takes place every year in the beautiful surroundings of the village of Abruzzo. 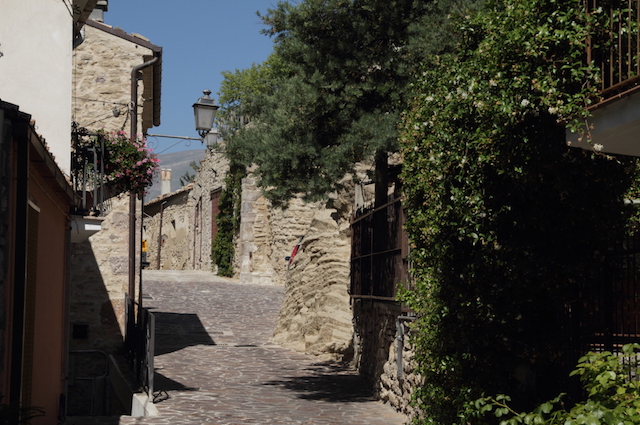 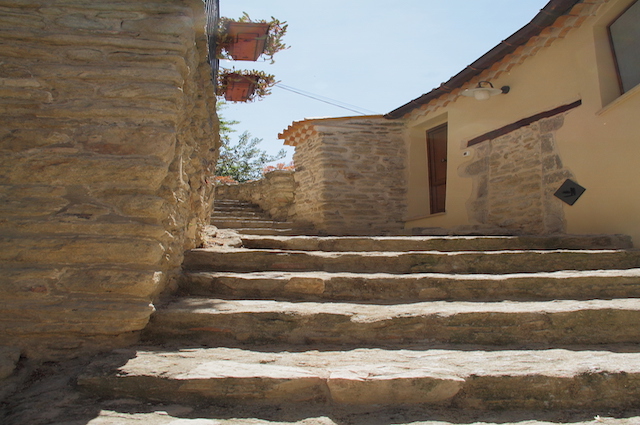 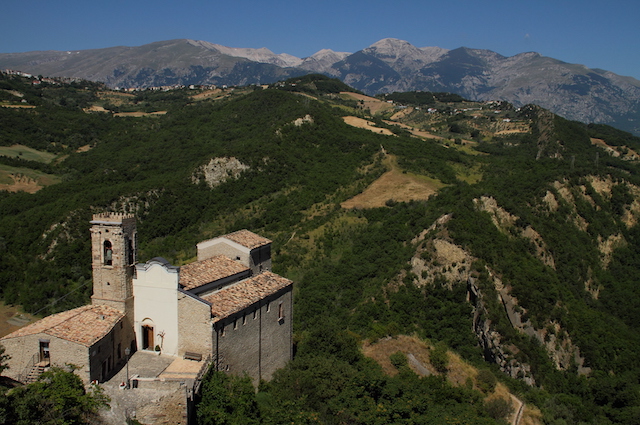 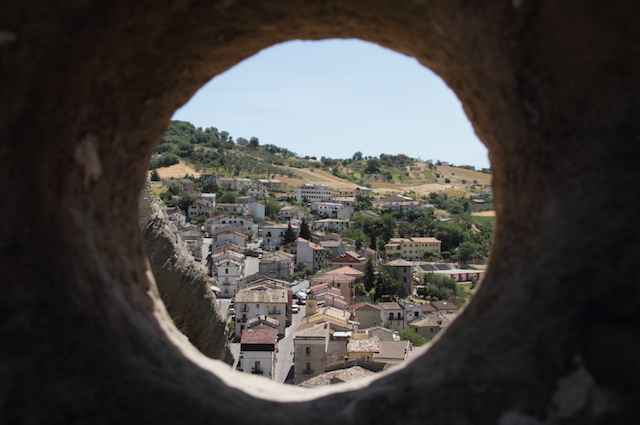 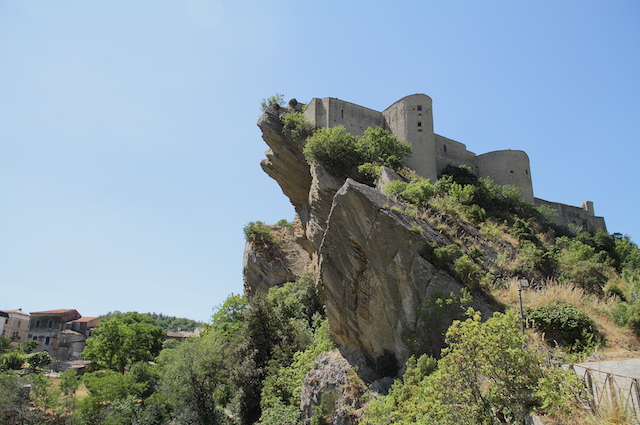 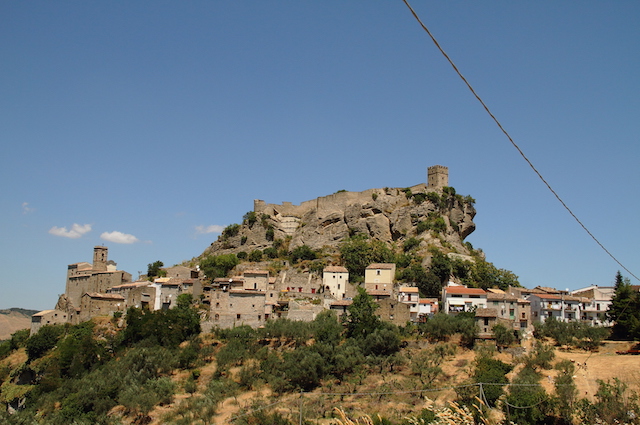 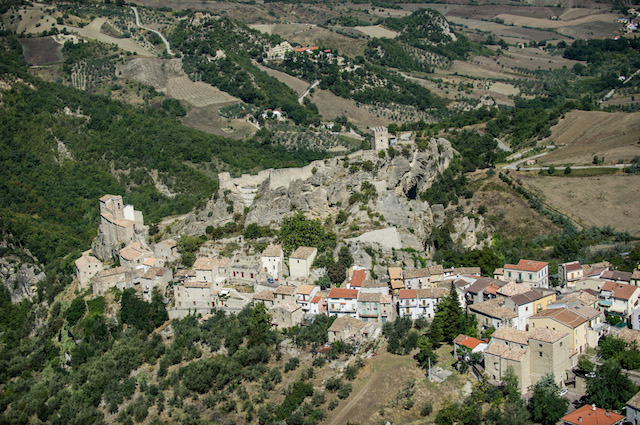 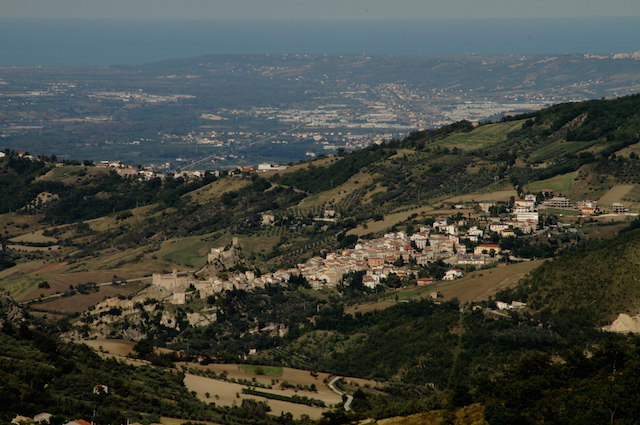 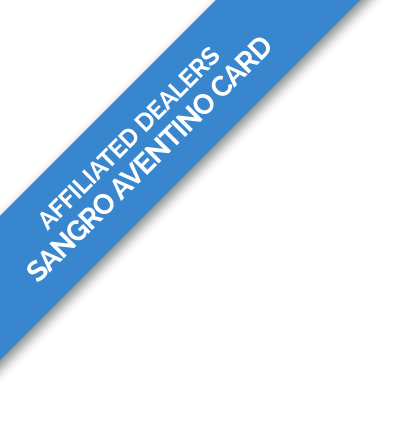 Church of San Pancrazio and the remains of the convent

Events in the area